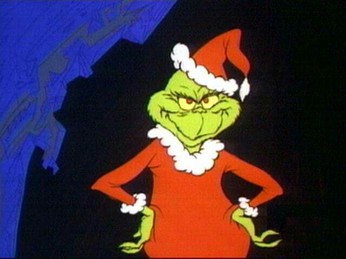 Like most people who love Chuck Jones‘ TV adaptation of Dr. Seuss’ How the Grinch Stole Christmas, I’ve been watching it since I was a kid, and I can never get enough of it. (The less said about Ron Howard’s ghastly movie version starring Jim Carrey, the better.)

I wish I could find a fresh way to describe how much this cartoon delights me, but I can’t. So instead, I refer you to a very enjoyable blog titled Tralfaz, which dives deeper into the creation of animated movies and TV shows than I would have ever thought possible.

Click here to read the blog’s surprising account of how some contemporary TV critics sniffed at what has long since become a holiday classic. If you ever get too full of yourself as a blogger or critic (and I can be as guilty as anyone), remember that the work you’ve critiqued will probably last long after you do.