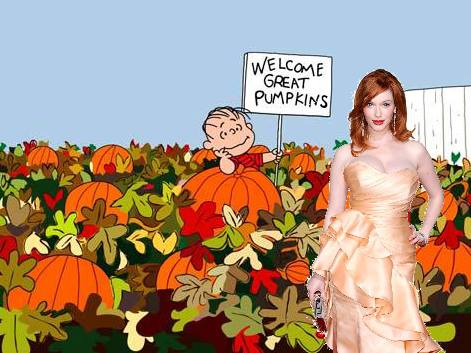 I think I was a fan of the comic strip Peanuts almost from the time I learned to read. When I was seven years old, for Christmas my grandmother bought me Peanuts Treasury, one of the many compilations of years’ worth of daily Peanuts strips. In my seven-year-old hands, that book was so huge, I felt as though I had all the treasures of Sunday-morning funnies in my fingertips.

I’m not as obsessive about the strip as when I was a kid (sorry, I haven’t seen The Peanuts Movie). But the other day, I came across this interesting article devoted to “Peppermint” Patty, the tomboy of the strip, whose somewhat romantic interest in Charlie Brown is completely lost on him.

The article made a point of how the strip’s author, Charles M. Schulz, used Patty as a vehicle for some rather vulnerable storylines. I must say, Patty has not been one of my favorite Peanuts characters, as she’s often a bit pushy and overbearing without realizing it. (In one storyline, she and Charlie Brown have to work together on a classroom project, and her endless chit-chat drives Charlie Brown to scream out in frustration, landing them both in the principal’s office.)

But the article used one of the strip’s other storylines to make its point about Patty, and it was a story arc that I’d either never seen or had forgotten about. Patty attends a girls’ camp over the summer and happens to come across “The Little Red-Haired Girl” — Charlie Brown’s much-discussed but never-seen, unrequited love. This leads to some self-examination that Patty (and perhaps the casual Peanuts reader) wasn’t ready for.

Not only was this a touching storyline, but it also made me realize that, for many years, I had adopted Charlie Brown’s mentality about girls: Always yearn for the beautiful but unattainable goddess, while someone who is more down-to-earth and loving might be close at hand.

In my bachelor days, I used to moan and groan about the injustice of dating, wherein countless single women complained about never finding a decent guy yet would never give me a chance. Yet when it came to meeting women, I was just as persnickety in my own way. (When I met the woman who eventually married me, it took several months of both subtle and head-pounding hinting on her part before I realized she might be interested in me.)

It makes me wonder how Schulz inadvertently perpetuated the idea — and he was certainly not alone in doing this in our society — of “beauty or bust,” that we must either have some beauty-contest winner as our Significant Other or settle for far less (or for nothing at all). For as much enjoyment as Charlie Brown has brought me over the years, I’m glad that I’ve long since evolved from his self-defeating mindset.