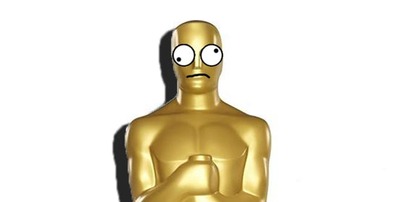 Moviegoers of all stripes are up in arms this week because the Motion Picture Academy has decided to (a) award a new annual Oscar for “Best Popular Film,” and (b) not present some of the Oscars during the live TV show. Oscar “purists” are complaining that these are sell-out moves done solely to try and boost the Oscar presentations’ TV ratings, which sink lower with each passing year. As the man said, I’m shocked! Shocked!

Let me begin by saying that, to coin an old phrase, I don’t have a dog in this fight. The last new movie I saw in a theater was The World’s End in 2013, and I probably quit following Oscar presentations long before that. (I remember my wife chiding me in 2011 because I wouldn’t sit with her and our kids to watch the Oscar show. That was the year that James Franco tried to amuse Anne Hathaway by walking onstage in drag. I still don’t think I missed much.)

What bothers me about this brouhaha is that so many people have their priorities so screwed up. I try not to bring politics into this blog, but I have to say: As of this writing, hundreds of immigrant children are still separated from their parents and locked up in cages, and a couple of Oscar tweaks are what everyone is upset about?

The dumbest thing about this incident is that anyone feels as though the Oscar ceremony is some sacrosanct affair meant to reward the creme de la creme of Hollywood. The fact of the matter is that legendary movie boss Louis B. Mayer created The Motion Picture Academy and its awards, and here is his own explanation of why he did so:

“I found that the best way to handle [filmmakers] was to hang medals all over them. […] If I got them cups and awards, they’d kill themselves to produce what I wanted. That’s why the Academy Award was created.”

So not even the Oscars’ creator took the award as seriously as some well-meaning film buffs are.

Even when I was following contemporary movies more closely, I mostly regarded the Oscars as a sham. In nearly every movie year, you can find a populist movie that the public just loved and a movie that felt as though it was coercing you to respect it. Guess which movie won the Best Picture Oscar. (Example: When Oscars for 1982 were awarded, the smash cross-dressing comedy Tootsie and Steven Spielberg’s superb E.T. the Extra-Terrestrial lost out to the three-hour snoozefest Gandhi.)

So I say we shouldn’t get all hot and bothered about an award that was created primarily to placate the swelled heads of Hollywood. Let them do whatever they want with the awards’ format. It can’t be any worse than James Franco in a dress.