The following is my entry in The Winter in July Blogathon, being hosted by Debbie at the blog Moon in Gemini from July 13-15, 2018. Click on the above banner, and read bloggers’ takes on some of their favorite winter-themed movies! 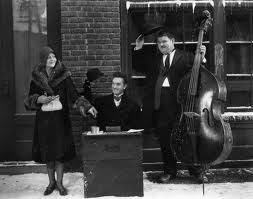 Sometimes, the grim hostility in Laurel and Hardy’s movies seems to stem from nothing else than some scriptwriters eager to goose the film into action. At least the grimness of Below Zero makes some sense. It’s winter, it’s the start of The Great Depression, and Stan and Ollie are about penniless. L&H biographer Randy Skretvedt has said he prefers the L&H movies’ original black-and-white format to colorization because of the time and mood of the films. This movie definitely nails its period.

Laurel & Hardy’s early team efforts usually reflect a three-act structure (for example, their silent You’re Darn Tootin’ had scenes at a band concert, a boarding home, and outside a restaurant). Below Zero has sort of a two-and-a-half-act structure. It has a long, almost unrelenting setting in the frozen outdoors, then a scene in a restaurant, followed by a short attempt at redemption in the outdoors again, outside the restaurant. It’s as though even the movie was aware of its grimness and wanted to give L&H a break, miniscule as it was, at movie’s end.

Stan and Ollie’s roles as itinerant street musicians seem an extension of the same role from You’re Darn Tootin’. One can almost imagine them having played on the street for a year, to no good end, until the Depression and winter set in. After many fruitless attempts to collect money for their talent, Ollie urges them to move on and then discovers that Stan had parked their act in front of a home for the deaf. Ollie does the inevitable camera-look — but then, considering how eager he is to sing “In the Good Old Summertime” while his listeners get frostbitten, who is he to judge?

Stan and Ollie find a wallet in the street and then go to great lengths to evade a vagrant who noticed them perusing the wallet. A policeman comes to their rescue (for once), and magnanimous Ollie offers to take him out for a steak dinner as recompense. After eating in the restaurant and observing a patron who was violently ejected for lack of pay, Ollie decides to double-check his funds. Turns out that the cop was smiling down on them sooner than Ollie had thought — the cop’s photo is in the wallet. Eventually the cop figures out the situation and tells the restauranteur that he’ll pay for his own meal and leave Stan and Ollie to fend for themselves.

Stan and Ollie are rousted and dumped behind the restaurant. Ollie nearly gets run over by the omnipresent motorist before yelling, dramatically and quite convincingly, for his buddy. He finally finds Stan hidden in a water barrel. When Ollie sees that the barrel is empty and asks Stan where the water is, Stan replies, “I drank it!” and rolls out of the barrel looking eighteen months pregnant. (These days, such a premise would probably inspire an R-rated sequel.)

As implausible as the freak ending is, it’s almost a relief after what Stan and Ollie have been through. It’s comforting to know that their friendship can survive such unrelenting harassment, but this might be about as close to the edge as we’d ever want to see them.

We had some no-shows on Day 2, but we ended our blogathon of famous foursomes with a finale of finesse. So join us for the big closing number, as we present

First off, Movierob gets our “Blogathoner of the Year” Award for contributing entries on five, count ’em, 5 movies: The first, second, and third movies of Peter Jackson’s Lord of the Rings trilogy; and the movie versions/extensions of the TV series Sex and the City and The A-Team.

Caftan Woman sings her praises of the close-harmony vocal quartet The Hi-Lo’s.

Tranquil Dreams shows us that friendship is in the genes (or is it jeans?) of The Sisterhood of the Traveling Pants.

Realweegiemidget Reviews examines the lives of four people who want love but are afraid to get Closer.

An assassination threat on a former agent leaves him and three of his peers seeing Red, as chronicled by thoughtsallsorts.

Chevy Chase takes the concept of family vay-cay’s to a new extreme in National Lampoon’s Vacation, whose itinerary is well-detailed by Moon in Gemini.

Pure Entertainment Preservation Society details how a governess becomes the center of a widower’s family in Adam Had Four Sons. 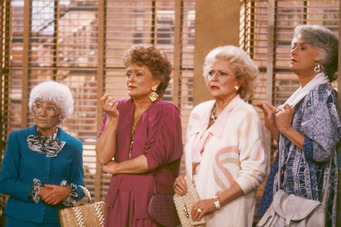 And finally, what would a foursomes blogathon be without a tribute to TV’s best-known Miami seniors? Once Upon a Screen offers a touch of nostalgia (and grey) for “The Golden Girls.”

Our thanks to all of the wonderful bloggers who contributed such enjoyable entries, and to this blogathon’s followers who enjoyed them. Y’all come back now, ya hear? 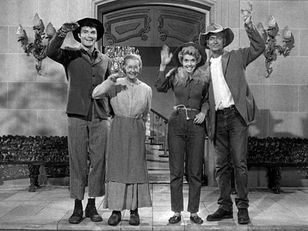 We’ve had a fun three-day run of movies from ’61! So let’s cap it off with

Click on the appropriate day if you missed our entries from Day 1 or Day 2. For our final entries listed below, please click on the names of the individual URLs to read the entries.

And dbmoviesblog observed a marriage in disarray, as chronicled by Michelangelo Antonioni in La Notte.

My sincere thanks to all of this blogathon’s participants and readers. You made my 57th birthday a joyous one, and you didn’t even have to use wrapping paper!

Apparently, a few of our blogathon participants are nursing New Year’s Eve hangovers, as we have only one final entry to cover in

Click on the appropriate days to see our blogathon entries from Day 1 and Day 2. Thanks to our participants and our loyal readers, and Happy New Year to everyone!

And here I am at my final stop, gifting the last of my favorite bloggers with a movie-related clip that is also related to their movie interests. (If you’ve missed out on this epic journey, click here for an explanation of what it’s all about.)

Last but not least to be rewarded is Debbie of the blog Moon in Gemini, another blog that is mostly movie-themed but also provides reviews of books and other pop culture ephemera. Debbie’s critiques are always so bright and sunny, I wanted to give her something that reflected that.

Below is a brief history and performance of “Optimistic Voices,” a musical cue from the classic The Wizard of Oz (1939). If you’re not familiar with it, it’s the music played when Dorothy and her friends leave the poppy field and take their final stroll towards Emerald City. 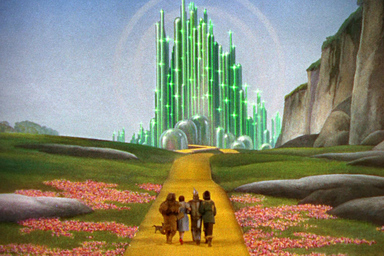 This is a short but beautiful piece of music that has charmed generations of listeners (see some of the comments about it on YouTube), but in the movie, it’s practically buried. I never really noticed it until I bought the multi-CD Turner Classic Movies soundtrack of the film, where you can enjoy it in all of its stereophonic glory.

The embedded clip explains the tune’s origin and provides an audiotape of the melody being conducted by Herbert Stothart, who also co-wrote it. The clip handily shows how much trouble the movie’s makers went to for every aspect of the movie, even for a 70-second piece of underscoring.

My thanks to the 12 bloggers I honored here, as well as to the blog readers who indulged me. Happy holidays to all!

We’ve uncovered quite a few bloggers who had misgivings about certain films that they ended up loving! Thankfully, we got them to share their stories with us in

If you’ve missed any of these enjoyable film memories, click on the appropriate blog name below to link to the blog and read the blogathon entry.

BNoirDetour came to realize that Bogie and Bacall really did have it all in The Big Sleep.

Moon in Gemini was transformed from film snob to movie populist, courtesy of James Cameron’s The Terminator.

Love Letters to Old Hollywood decided she wanted to have what Meg Ryan and Billy Crystal were having in When Harry Met Sally.

Serendipitous Anachronisms anticipated a snark-fest and got an engrossing thriller when she watched Richard Boone in the otherworldly I Bury the Living. 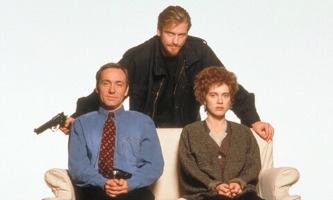 And yours truly got a pleasant surprise in black comedy when I partook of future big-name stars Denis Leary’s and Kevin Spacey’s early career work in The Ref.

We still have two more days to go in our blogathon, so keep us bookmarked for more terrific turnaround stories in cinema!

The month of March is upon us, and with that our lion-to-lamb film blogathon. For the next three days, we take a look at bloggers’ memories of movies that originally got them wound up with apprehension, only to fill them with relief from moviemakers who actually knew what they were doing.

If you are one of the blogging participants, please leave the name and URL of your blog entry in the “Comments” section below, and I will appropriately link to it. Readers, simply click on the links below to read the blogathon entries — and bookmark this site, as we will provide blogathon updates at the end of each day. Enjoy!

Serendipitous Anachronisms – I Bury the Living (1958)