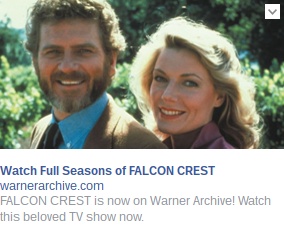 So you’re skipping along on Facebook, happily reading memes and chatting with friends, when an ad suddenly and incessantly invades your text feed, unknowingly dredging up bitter memories from your past. What do you do?

You bore your blog subscribers by cathartically sharing your bad memory with them, that’s what you do.

In 1983, I was 22 years old and seriously under-dated. My sister-in-law, who was then teaching night school, decided to fix me up with one of her students: Kim, a high-school dropout and divorcee with two young kids. In retrospect, it was easy to see that the only things we had in common were that we were single and hormonally impacted, but for nine solid months, we eked out a facsimile of a loving relationship.

Not to belabor the point, but Kim and I were worlds apart intellectually. I had just graduated from college with a bachelor’s degree in English, and I was embarking on a decade-long career in public teaching. Kim lived with her parents, and she had neither any marketable skills nor any interest in pursuing same. Since she was a hard-core born-again Christian, this meant Kim and I spent ample free time at her parents’ house, watching the most purely strained of Christian TV programs, such as Jim and Tammy Bakker (Remember those winners?).

I’d known the job was dangerous when I took it, so even though I was hardly Southern Baptist material, I nodded my head and watched most of this rated-GGG stuff with Kim. But at 10 p.m. every Friday evening, Kim’s TV watching took a decidedly ungodly turn as she savored, without an ounce of irony, a prime-time soap opera on CBS titled “Falcon Crest.”

This show revolved around the machinations of a California winery and its decidedly bitchy matriarch, Angela Channing. Angela was played by Jane Wyman — and if you remember Wyman as a vulnerable, waifish type in movies and TV shows of the 1940’s and ‘50s, you’d be completely unprepared for the way in which, as Angela, she dominates every inch of the scenery she so gloriously chews. 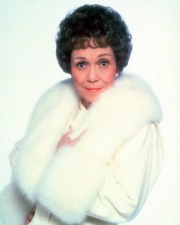 The show’s premise is that when Angela’s brother dies in a fall, his son and Angela’s nephew Chase (Robert Foxworth) comes to claim his inherited part of Falcon Crest. From there, the battle lines are established between good and evil, with no character nuance in between. For every good character such as Chase’s sunny wife Maggie (Susan Sullivan), there’s someone like Angela’s handsome grandson Lance (Lorenzo Lamas), who would sleep with a tree if it would further his standing with Angela.

If you’re into this kind of soap opera, you’d probably lap up every last bit of it. Me? For an hour every Friday night, I’d think to myself, “What’s with all this friggin’ nastiness? It’s just a winery, people!” And I’d wonder how my little darling Kim, who otherwise professed squeaky-clean Christian credentials, could watch this trash every week and think she was doing herself a favor.

But the show’s richest irony comes before the weekly episode’s plotline even kicks in. At the end of the show’s opening — a splaying line of credits backed by a bombastic orchestral score — comes this little eye-opener: 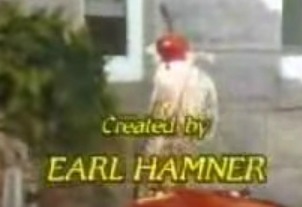 That’s right, folks. Earl Hamner, the same goody-two-shoes who brought you that long-running slice of American apple pie known as “The Waltons,” was responsible for getting this s**t-storm piped into the homes of unsuspecting viewers.

“Falcon Crest” — and the, er, appreciation it garnered from rabid viewers such as Kim — are a perfect symbol of the dichotomy between what America says they want and what they really want. Publicly, they’ll argue that TV and cinema have become boundless and tasteless, and what we need is a return to good old-fashioned, clean entertainment. But throw a “Falcon Crest” on the air, and those same people will send it soaring to ratings heaven — while they’re waiting for the clean entertainment to return to the airwaves, mind you.