I just realized (three weeks late) that my blogathon has now been on the Internet for two years. So, since I haven’t had much to write about lately, I thought I’d take this opportunity to publicly pat myself on the back.

First off, thanks to the 179 (!) followers of my blog. I hope it’s been entertaining enough, or at least readable.

Second, I thought I’d mention a few of the blog’s recent highlights. 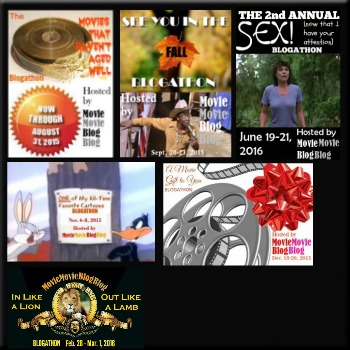 The year I went blogathon-happy. You know how you get an idea in your head that won’t let go until you jot it down? In my case, that resulted in an awful lot of blogathons in the past year — six, to be exact, or an average of one ‘thon every couple of months. And those are just the ‘thons that I created — I shouldn’t even count the number of ‘thons in which I participated.

(Which reminds me — my Monty Python Movie Blogathon is only two months away! Click on the banner below for more information!)

The year that I discovered the Twitter Live Tweet. Do you enjoy watching movies with an audience but can’t always get out to see a movie? Twitter.com has “Live Tweets” throughout the week (usually at night) where you can click on a link and watch a movie online for free while commenting on it with other Tweeters. I do a Live Tweet on Saturdays at 4:30 p.m. EDT named #SatMat, where I “screen” mostly B-movies and the like. Other Live Tweets throughout the week focus on drive-in fare, action movies, and outre sci-fi.

If you’re a Twitter member, check out some of the Live Tweet hashtags and start enjoying movies-with-audiences in the comfort of your own home! (If you need help navigating the Live Tweet universe, message me on Twitter at #SatMatTweet. Meanwhile, I advertise my weekly Live Tweet movies in a banner on the right-hand side of this blog.) 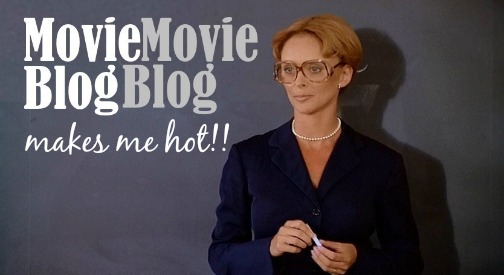 Sybil Danning’s fandom continues. As I noted on my first-anniversary blog, I posted a review of They’re Playing with Fire (1984), a movie starring Sybil Danning that is completely negligible save for one astounding sex scene showing Sybil at her nudest and most enthusiastic. I made it very clear that my review was tongue-in-cheek, but amazingly, this review continues to be my blog’s biggest draw; since I posted the review on March 19 of last year, it has received an astounding 4,764 views. No “Comments” or “Likes,” though — I guess the movie’s viewers have been too busy studying the movie’s cinematic qualities to leave me a comment about my review.

Adrienne Barbeau. I’ve made her my blog’s mascot and have mentioned her on this blog every chance I’ve had. How come she never returns my phone calls?

Anyway, thanks again to my loyal readers. I’ll try to make this blog interesting enough to last at least another year!

6 responses to “My blog’s 2nd anniversary”